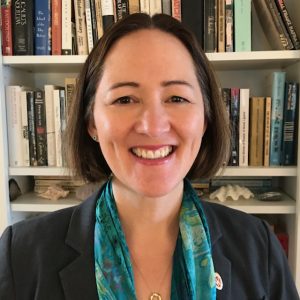 Affiliated with Center for Russia, East Europe and Central Asia

Yoshiko M. Herrera is a Professor of Political Science at the University Wisconsin Madison. Her research on Russian politics; nationalism, identity and ethnic politics; political economy and state statistics (national accounts); and international norms, has been published with Cambridge University Press, Cornell University Press, Perspectives on Politics, Comparative Politics, Political Analysis, Social Science Quarterly, and Post-Soviet Affairs, and other outlets.  In Madison, Herrera teaches courses on comparative politics, social identities and diversity, and post-communist politics, and in 2021 she was a recipient of the Chancellor’s Distinguished Teaching Award at UW-Madison.

Herrera received her B.A. from Dartmouth College and M.A. and Ph.D. from University of Chicago. Before arriving in Madison in 2007, Herrera was the John L. Loeb Associate Professor of Social Sciences in the Government Department at Harvard University (1999-2007). She is also a former Director of the Center for Russia, East Europe and Central Asia, former Co-Director of the Institute For Regional and International Studies, and former Director of the UW-Madison Partnership with Nazarbayev University. For a recent profile of Herrera by the UW Alumni Association in relation to the war in Ukraine, see this link.