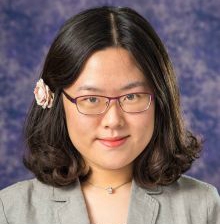 Xinzhi Zhao is a Ph.D. candidate in political theory at the University of Wisconsin-Madison. Her research areas include 17th– to 19th– century European moral, social, and political thought, the epistemic dimensions of political participation, and the roles of science in producing public knowledge. Her dissertation examines 18th-century accounts of scientific inquiry and moral psychology, from which she recovers theoretical resources that can enable intellectual elites to become conscious of their biases in social interpretations.

Zhao is interested in how the history of political thought can speak to contemporary concerns. She has published in the journals Política & Sociedade and Hobbes Studies. The former article reconstructs Cicero’s account of state legitimacy and argues that it helps clarify the normative commitment to the public nature of the state that underlies the contemporary “realist” and “instrumental” defenses of democracy. The latter article illustrates how incorporating ideological contexts into the study of political theory can enable cross-cultural understanding of political ideas from a foreign tradition.

Zhao comes from Beijing, China. She received bachelor’s degrees in international politics and history (2012) and a master’s degree in comparative politics (2015) from Peking University. She has also been an exchange student at University of Tokyo and Seoul National University. Before coming to Madison, she studied political theory at Duke University as a master’s student and received an M.A. in political science from Duke in 2017.