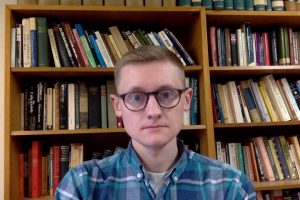 Tim is a Ph.D. student in political science at the University of Wisconsin Madison. His research examines the intersections of education, epistemology, and religion in early-modern liberalism. He is also interested in Ancient Roman political thought.