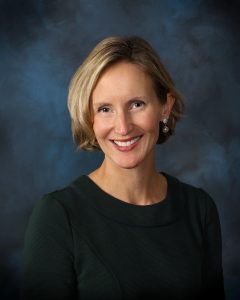 Interview about her research on rule-making

Yackee received the 2019 Herbert A. Simon Career Contribution Award from the Midwest Public Administration Caucus.  It is the highest award in the field of political science for the study of bureaucracy and public administration. She also received the Kellett Mid-Career Award for her research from UW-Madison in 2019.  Yackee’s article “Clerks or Kings? Partisan Alignment and Delegation to the U.S. Bureaucracy” (with Christine Palus) won the 2017 Beryl Radin Award for the best article published in the Journal of Public Administration Research and Theory.

In the past, Yackee was a Robert Wood Johnson Foundation Scholar in Health Policy Research at the University of Michigan in Ann Arbor. She also served as a Smith Richardson Domestic Policy Fellow, a UW-Madison Vilas Associate Professor, a UW-Madison H.I. Romnes Faculty Fellowship, and a Harry S. Truman Scholar. As a junior scholar, Yackee’s research received four “Emerging Scholar Awards” from various professional associations. She worked as a legislative research assistant in the U.S. Senate before beginning her academic training.

2018-2019
Herbert Simon Award, given annually to a mid-career political scientist for significant contributions to the scientific study of bureaucracy.