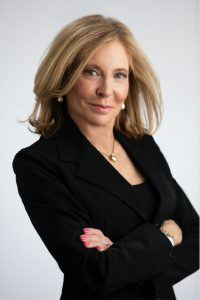 Diane Nash Dillon is an attorney in the greater Washington, D.C. metropolitan area. She has been actively involved in local, state and national political campaigns since her undergraduate days in Madison, and specializes in ballot security and voter integrity issues. She is currently serving a 4-year gubernatorial appointment to the Montgomery County (Maryland) Board of Elections. Previously, Diane served in the George W. Bush Administration as White House Liaison to the U.S. Equal Employment Opportunity Commission where she served as Director of Communications and Legislative Affairs. Before joining the White House, Diane was in private industry, serving as Director of State Government Affairs (East Coast Region) for the Pharmaceutical Research and Manufacturers Association in Washington, D.C. Prior to this, Diane was Assistant General Counsel for the Independent Insurance Agents and Brokers of America, Inc. Diane has also held positions on Member personal staffs in the United States Senate and the Wisconsin State Assembly. Diane received her B.A. in Political Science from the University of Wisconsin-Madison in 1982, and her J.D. degree from The Catholic University of America – Columbus School of Law, in Washington, D.C., in 1985.