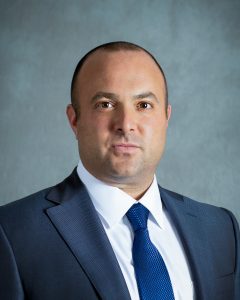 Jonathan Merel is the founder and managing partner of The Law Offices of Jonathan Merel, P.C., a Chicago-based law firm focusing on the practice of family law.  Jonathan has a great deal of experience in obtaining favorable outcomes for his clients in multi-million dollar marital estates and contested child custody cases.  His ability to settle heated divorces and custody disputes has gained him a great deal of respect from fellow attorneys and judges within the Chicagoland legal community. When settlement is not a viable or reasonable option, Jonathan’s experience as a zealous litigator in the courtroom has produced outstanding results for his clients.  Jonathan has been consistently named to the Illinois Super Lawyers, Best Lawyers and  Leading Lawyers lists as a result of his success.  Mr. Merel received his B.A. (1999) in Political Science from the University of Wisconsin-Madison and his law degree from Chicago-Kent College of Law (2002).  Jonathan resides in the Chicago suburbs with his family and has a passion for UW-Madison and Wisconsin athletics.  On Wisconsin!