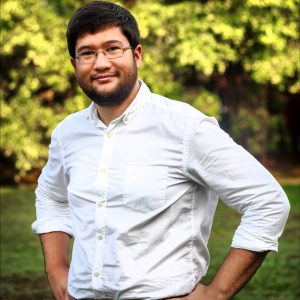 Khasan Redjaboev is a PhD candidate in Political Science at the University of Wisconsin-Madison. His primary research interests are in the political economy of development, transitions, and politics of post-communist Eurasia. In his dissertation, Khasan investigates the state-sponsored and gender-indiscriminate forced labor from the late Russian Empire to the post-Soviet statehoods, and its effects on gender attitudes, political elites, and institutions.

Prior to joining the graduate program, Khasan was a Research Assistant at the Lee Kuan Yew School of Public Policy (Singapore) from 2016 to 2018. There, he worked on various projects studying politics, international relations, and history of Russia and the Asia-Pacific, which were co-funded by the Norwegian Ministry of Foreign Affairs, Robert Bosch Stiftung (Germany), and Université Sorbonne Paris Cité (France), among others. Khasan completed research internships at the Organization for Economic Cooperation and Development, International Union Against Tuberculosis and Lung Disease, and Singapore’s Ministry of National Development. In addition, he worked with the United Nations and acquired extensive private sector, policy institution, higher education teaching, and professional media experiences in Uzbekistan. He is a recipient of several awards and grants.

He holds a BA (first class honors) and Postgraduate Certificate from the University of Westminster (attended in Tashkent, Uzbekistan), and a double degree in Master of Public Affairs and Master in Public Policy from the Institut d’études politiques de Paris (SciencesPo) and Lee Kuan Yew School of Public Policy, National University of Singapore. Khasan is from Uzbekistan and in addition to English, speaks Russian and Uzbek. In his free time (a rare treasure but not entirely an oxymoron in the life of a graduate student), Khasan likes walking, hiking, theatre, keeping up with his French, and keeps in touch with Uzbekistan through his family, friends, and social projects.