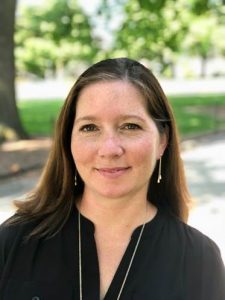 Her research has appeared in or is forthcoming in journals including the American Political Science Review, the American Journal of Political Science, the Journal of Politics, International Organization, and World Politics. Her book, Dictators at War and Peace, explores the domestic politics of international conflict in dictatorships, and was published in 2014 in the Cornell Studies in Security Affairs Series at Cornell University Press. Weeks is the 2018 recipient of the International Studies Association Karl Deutsch Award, recognizing the scholar under 40 who has made the most significant contribution to the study of international relations.

Professor Weeks received her B.A. in political science from The Ohio State University in 2001, a Master’s degree in international history from the Graduate Institute of International and Development Studies in 2003, and a PhD in political science from Stanford University in 2009. Prior to joining the Wisconsin faculty, Professor Weeks was an Assistant Professor of Government at Cornell University.

2018 recipient of the Karl Deutsch Award of the International Studies Association.