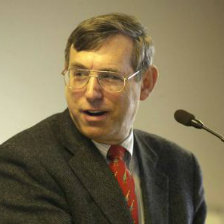 He has conducted extensive empirical research on the American civil justice system, as well as research on other common law systems. He is the author of Risks, Reputations, and Rewards:  Contingency Fee Legal Practice in the United States (Stanford University Press, 2004), Legal Advocates: Lawyers and Nonlawyers at Work (University of Michigan Press, 1998), The Justice Broker (Oxford University Press, 1990), and Let’s Make a Deal (University of Wisconsin Press, 1991), and the coauthor of Courts, Law and Politics in Comparative Perspective (Yale University Press, 1996). He is the editor of the multi-volume encyclopedia, Legal Systems of the World (ABC-Clio, 2002), and co-editor of In Litigation:  Do the Have’s Still Come Out Ahead? (Stanford University Press, 2003).  He currently serves as editor of Law & Society Review, the journal of the Law and Society Association.  His current research projects include an ongoing study of the influence of law and “jurisprudential regimes” on Supreme Court decision making (articles from this study have been published or are forthcoming in American Political Science Review, Law & Society Review, and American Politics Research), and a study of insurance defense practice with a particular focus on how the handling of cases involving scientific and expert testimony has been influenced by the Daubertdecision. His teaching areas are law and politics, and research methods (both quantitative and qualitative).