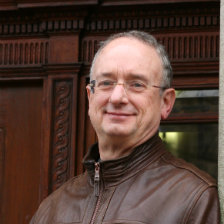 He is a member of both the American and Comparative politics groups. He has produced studies of interest groups and their impact in the United States, and in the advanced industrialized democracies more generally. Wilson has also been involved in the comparative study of executives. His study (with Colin Campbell) of relations between bureaucrats and politicians in Britain culminated in their book, The End of Whitehall. Wilson has also written several recent journal articles on this topic. His most recent book is on American politics in comparative perspective (Only in America?) and he is currently engaged in a study of how the role of the United States as a superpower has affected its domestic politics. Wilson was born in Britain, received his doctorate from Oxford and taught at the University of Essex before coming to Wisconsin. He is the former editor of the British Journal of Political Science and of Governance.