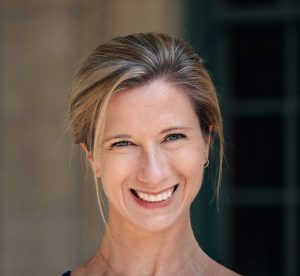 Simmons’ research and teaching are motivated by an interest in contentious politics, particularly in Latin America.  Simmons received an AB from Harvard College (1999) and a Ph.D. from the University of Chicago (2012). Her current work explores the intersection of market reforms and political resistance in the region and her dissertation on the topic was awarded the Latin American Studies Association/Oxfam America 2013 Martin Diskin award. Her recent book, Meaningful Resistance: Market Reforms and the Roots of Social Protest in Latin America (Cambridge University Press 2016) tackles questions of resistance to the marketization of subsistence in Latin America. She has published three related articles, “Market Reforms and Water Wars” (World Politics), “Grievances do matter in mobilization” (Theory and Society), and “Corn, Markets, and Mobilization in Mexico” (Comparative Politics). Simmons has also written on Bolivian politics more broadly; a co-authored article entitled “Coping by Colluding: Political Uncertainty and Promiscuous Powersharing in Indonesia and Bolivia” was published in Comparative Political Studies in November 2013.  “Targets, Grievances, and Social Movement Trajectories,” and based on her next book (tentatively titled Perceptions of Protest: States, Grievances, and Social Movements), was published in Comparative Political Studies (online first) in November 2018.

Simmons also writes on qualitative methods. Her co-authored article, “Informative Regress: Critical Antecedents in Comparative Politics” was published in Comparative Political Studies in July 2010 and “Comparison with an Ethnographic Sensibility” (co-authored with Nicholas Rush Smith) was recently published (January 2017) in PS: Political Science and Politics. “The Case for Comparative Ethnography,” (also with Nicholas Rush Smith) is forthcoming from Comparative Politics. Papers related to all three articles received the Sage Paper Award for the best paper developing or applying qualitative methods presented at the American Political Association Annual Meeting (2008 and 2016). She is currently working with Smith on an edited volume on approaches to comparison.

Her research has been funded by the National Science Foundation, the Fulbright Commission, the Mellon Foundation, and the Tinker Foundation, among others.

Sage Paper Award for the best paper applying or developing qualitative methods presented at the American Political Science Association. Awarded to “Comparison and Ethnography: What Each Can Learn From the Other” (with Nicholas Rush Smith).

Hilldale Undergraduate Research award for her work with Gillian McBride on the project, “A Microcosm of Global Insecurities: Community and Landscape Changes in El Salvador Following the 1973 Oil Crisis.”