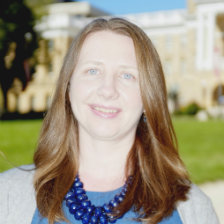 Eleanor Neff Powell is the Booth Fowler Associate Professor of Political Science at the University of Wisconsin-Madison.  She received her Ph.D. from Harvard University, and previously served as an Assistant Professor of Political Science at Yale University before joining the UW-Madison faculty.  Her book, Where Money Matters in Congress (Cambridge University Press), examines the influence of money on the internal politics of Congress and the biases it has for the policy-making process.  Primarily a Congress scholar, her research revolves around three themes: the influence of money in American politics, understanding political parties, and exploring the complexities of congressional representation.  Her research has appeared in the Journal of Politics, the British Journal of Political Science, and Political Science Research and Methods among other journals.

Co-winner of the inaugural Best Paper award for the APSA Class and Inequality Section for her paper “The Legislative Consequences of Fundraising Influence.”