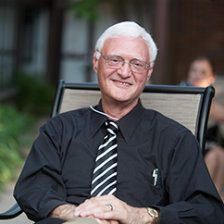 Donald Downs is the Alexander Meiklejohn Professor of Political Science Emeritus, and the Affiliate Professor of  Law, and Journalism Emeritus at UW-Madison. He is also the Glenn B. and Cleone Orr Hawkins Professor of Political Science Emeritus at the University. In addition, he was the director and co-founder of the University’s Wisconsin Center for the Study of Liberal Democracy (2007-present). The Center is dedicated to instilling critical knowledge and understanding of the core principles, institutions, and processes of liberal democracies, and to the advancement of genuine intellectual diversity on campus. Downs was also the director of the University’s Legal Studies Program and its Center for the Study of Law, Society, and Justice (2004-7). And he was the president (and former secretary) of the independent and non-partisan faculty group, the Committee for Academic Freedom and Rights, one of the nation’s leading campus academic freedom and free speech groups (secretary 1996-2000, president since 2000-2016).

Downs’ scholarship has dealt with a wide range of issues dealing with such issues as freedom of speech; academic freedom; American politics; political thought; political and legal movements; citizenship; campus politics; domestic violence, psychiatry, and the criminal law; and the relationship among the military, the university, and civic education. His prize winning books include Nazis in Skokie: Freedom, Community and the First Amendment; The New Politics of Pornography; More than Victims: Battered Women, the Syndrome Society, and the Law; Cornell `69: Liberalism and the Crisis of the American University; Restoring Free Speech and Liberty on Campus; and Arms and the University: Military Presence and the Civic Education on Non-Military Students (Cambridge University Press). He is a co-editor with Chris W. Surprenant (Philosophy, University of New Orleans) of The Value and Limits of Academic Speech (Routledge, 2018), and author of the forthcoming book, Free Speech and the Intellectual Polis: Liberal Education and the Prospect of Liberal Democracy.

In addition to winning honors for his research, Downs has also won numerous teaching awards, including the University Teaching Award. He has been interviewed countless times by media and organizations around the world, and has been an active defender of academic freedom on campus (where he serves as the president of the Committee for Academic Freedom and Rights, an independent group) and in the nation.

In 2013, Downs received the national Jeane J. Kirkpatrick Academic Freedom Award for his defense of academic freedom and freedom of thought at UW-Madison and in higher education generally. He is also the faculty founder and advisor to the UW-Madison chapter of the Alexander Hamilton Society, an organization dedicated to thinking about American foreign relations and international politics and the national interest. In 2012, the Madison chapter received the Society’s award as the “Best New Chapter” in the country.

Downs was selected to give the “Charge to the Graduating Class” at the December 2013 graduation ceremony in the Kohl Center. The selection was done by a group of student leaders on campus in consultation with Dean of Students.

Downs won the University’s 2014 Hilldale Award in the Social Studies for ” A Distinguished Career at the University of Wisconsin-Madison in Research, Teaching, and Service.” The award is given to four faculty members campus-wide each year for outstanding achievement in his or her division of research (Biological Sciences; Physical Sciences; Humanities; Social Studies).

Since retiring, Downs has been the lead faculty advisor to the Free Speech and Open Inquiry Project of the Institute for Humane Studies in Washington, D.C. The project has published long pamphlets/short books on administrative management of campus free speech issues and crises, set up a web page of free speech commentary, and provided advice, financial and program support, and other assistance to faculty members nation-wide who are interested or engaged in promoting and protecting freedom of speech and inquiry on campus.

The Value and Limits of Academic Speech (Routledge, 2018). Co-edited with Chris W. Surprenant.

Free Speech and the Intellectual Polis: Liberal Education and the Prospect of Liberal Democracy (Forthcoming)

Recieved the Pi Sigma Alpha Teacher of the Year award.

2013-14 recipient of the Hilldale Award for the Social Studies

Recieved the Pi Sigma Alpha Teacher of the Year award.

2013-14 recipient of the Hilldale Award for the Social Studies