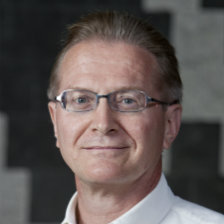 Ph.D. in Public Policy,University of California-Berkeley, 1978

M.A. in Statistics,University of California-Berkeley, 1976

M.P.P. in Public Policy,University of California-Berkeley, 1975

B.S. in Engineering and Applied Science, University of Rochester, 1973

David L. Weimer (Edwin E. Witte Professor of Political Economy, Ph.D. Berkeley, 1978.) He has a joint appointment with the Robert M. LaFollette School of Public Affairs. His teaching interests include public policy, political economy, and research methods. He served as editor of the Journal of Policy Analysis and Management (1985-89), president of the Association for Public Policy Analysis and Management (2006), and president of the Society of Benefit-Cost Analysis (2013).  In 2008 he was elected a fellow of the National Academy of Public Administration.  He has long-standing interests in policy craft, including cost-benefit analysis, and institutional analysis and design.  His recent work in the area of health policy includes studies of the role of report cards on organizational quality, the governance of the organ transplantation network, and the role of advisory committees in the regulatory process.  His publications include: (with William Gormley) Organizational Report Cards (Harvard, 1999); (with Aidan Vining) Policy Analysis: Concepts and Practice (Prentice Hall, 1989, 1992, 1999, 2005, 2011) and Investing in the Disadvantaged: Assessing the Benefits and Costs of Social Policies (Georgetown University Press, 2009); The Political Economy of Property Rights: Institutional Change and Credibility in the Reform of Centralized Economies (Cambridge,1997), Institutional Design(Kluwer, 1995), and Medical Governance: Values, Expertise, and Interests in Organ Transplantation (Georgetown University Press, 2010).

2013-2014
2012 Radin Award for the Best Article in the Journal of Public Administration Research and Theory for “Scientific Expertise and the Balance of Political Interests: MEDCAC and Medicare Coverage Decisions.”