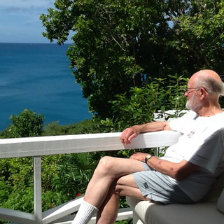 Dr. Charles O. Jones is Hawkins Professor Emeritus of Political Science, University of Wisconsin-Madison, and a non-resident Senior Fellow in the Governmental Studies Program at The Brookings Institution. Jones has written or edited 18 books and contributed over 100 articles and book chapters. His most recent books focus on the presidency and Congress: The Trusteeship Presidency: Jimmy Carter and the United States Congress, The Reagan Legacy: Promise and Performance, The Presidency in a Separated System (which won the Richard E. Neustadt Prize), Separate But Equal Branches: Congress and the Presidency, Passages to the Presidency: From Campaigning to Governing; Clinton and Congress, 1993-1996: Risk, Restoration, and Reelection; and, in 2000, Preparing to Be President: The Memos of Richard E. Neustadt. Jones served as Treasurer, Vice President, and President of the American Political Science Association. In 1975-1981, he was Editor of the American Political Science Review. He also served as co-editor of the Legislative Studies Quarterly, President of the Midwest Political Science Association, Chairman of the Inter-University Consortium for Political and Social Research, and Chairman of the Executive Committee, Social Science Research Council.