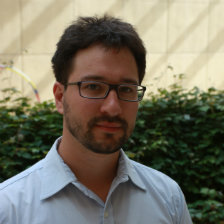 Brendon Westler is the 2016-2018 postdoctoral fellow at the Center for the Study of Liberal Democracy.  He received his PhD in political science from Indiana University—Bloomington in 2016, with research interests in Modern and Contemporary Political Theory, History of Political Thought, Hispanic Political Thought, Comparative Political Theory.  His research falls at the intersection of modern and contemporary political thought, exploring the formation of political ideologies in the Hispanic context.  In particular, his work has explored the nature and development of liberalism in Spain.  Work from this project has been published in the Journal of the History of Ideas and the Review of Politics.  Currently, he is working on a book manuscript entitled, José Ortega y Gasset and the Legacies of Spanish Liberalism.