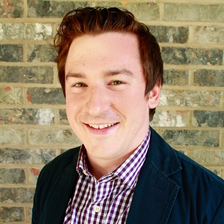 Philip Bunn is a Ph.D. student in Political Science at the University of Wisconsin-Madison. His research brings both ancient and modern political thought to bear on contemporary issues, with a focus on normative questions relating to technology.

Philip serves as a graduate fellow for the Center for the Study of Liberal Democracy. He graduated with a degree in Government with a focus in Political Philosophy from Patrick Henry College in 2017.