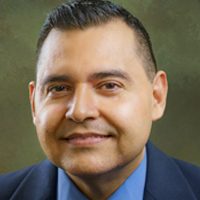 About:  Armando Xavier Mejia is a PhD. candidate in Political Science with a minor in Sociology at the University of Wisconsin-Madison. Before pursuing a doctoral degree, Armando earned a B.A in Political Science and a MCP (Master of City Planning), both from the University of California, Berkeley. Driven by concerns for social justice and public policy change, Armando’s dissertation examines the politics of urban environmental inequality among the poor in metropolitan Los Angeles, California. This research, based on extensive fieldwork with social movement organizations, aims to generate new empirical evidence about and theoretical approaches to environmental justice organizing among the urban poor in American global cities, such as Los Angeles. Armando’s dissertation project is framed at the intersection of contemporary research in American urban and ethnic politics, the politics and sociology of environmental justice, social movements, and global cities.  He is an experienced and accomplished multi-disciplinary teacher-scholar who has mentored many first-generation, non-traditional, ethnic/racial minority, and working-class college students. Additionally, and for several years now, Armando has been an active presenter and discussant in varioua scholarly conferences, including the annual meetings of the Urban Affairs Association, the Pacific Sociological Association, the Western Political Science Association, the Midwest Political Science Association, the American Sociological Association, and the American Political Science Association.