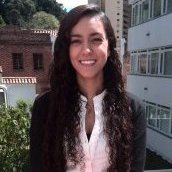 Camila is a third year PhD student in comparative politics and international relations at the Department of Political Science in the University of Wisconsin—Madison. Her research focuses on corruption and bureaucratic politics in Latin America. Her broader research interests include political economy, development, institutions, public opinion, and quantitative methods.

She received her B.A. and M.A. in Political Science from the University of Los Andes (Bogota, Colombia) in 2013 and 2015, respectively.  Before coming to the University of Wisconsin—Madison, Camila worked as an instructor at Sergio Arboleda and San Buenaventura universities in Colombia, as a research assistant at the Latin American Public Opinion Project (LAPOP), and at the Canadian Defense Attaché Office in Colombia.