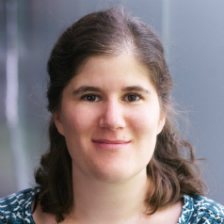 I am a Ph.D candidate in political science at the University of Wisconsin—Madison. I received my BA in International Relations and MA in Political Science from the Hebrew University of Jerusalem.

My work examines how identity motivates the behavior of individuals and ultimately shapes society. My dissertation, How States Make Cleavages: Endogenous Cleavage Formation in Western Europe, develops and tests a novel theory that cleavages emerge as legislative oppositions to government policies. The dissertation turns the conventional wisdom about cleavages and parties on its head and argues that electoral cleavages do not emerge from historical junctures or formed by elites; instead, they are created and sustained by public policy.

I am currently engaged in two collaborative projects. The first offers a new elite-based explanation to the moderation of Social Democracy in the 1980s and the 1990s (with Noam Lupu). The second project examines how electoral institutions create inequalities in representation between partisans (with Orit Kedar and Omer Yair).

My work appeared in the American Journal of Political Science.