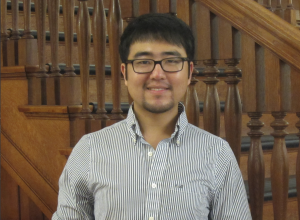 Jiaqi (Jackie) Lu is a Ph.D. student in the Department of Political Science and Nelson Institute for Environmental Studies (joint Ph.D. program) at the University of Wisconsin–Madison. His research interests include the political economy of energy transitions and climate change, as well as the intersection of governance and technology development. His research has appeared or forthcoming in Nature Geoscience, Energy Policy, Environmental Research Letter, and so on.

Jiaqi (Jackie) received his B.A. in Sociology and M.A. in International Public Affairs (2014) from UW-Madison. Before coming back to Madison for his Ph.D. in 2018, he was a research analyst at the Brookings Institution (2015-2018), where he worked on energy and climate policy.

“Knowledge Spillovers Between PV Installers Can Reduce the Cost of Installing PV.” under review at Energy Policy. (with Gregory Nemet and Rohan Rao)

“Jurisdictional Air Pollution Regulation in China: A Tragedy of the Regulatory Anti-commons.” Journal of Cleaner Production 212 (2018): 1054-1061. (with Shihong Guo)

Other research and publications: