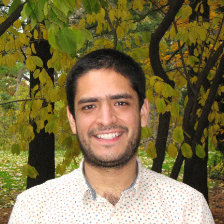 José Luis is a graduate student in political science at UW-Madison. His research focuses mainly on the role that Latin American election courts play in strengthening democracy, if any. José Luis got his Bachelor’s Degree in Political Science and International Relations from CIDE (Centro de Investigación y Docencia Económicas). Before coming to UW, he worked as an advisor at Mexico’s Federal Electoral Institute and at the Training Center of the Federal Election Court.

During the the 2014-2015 academic year, José Luis is the coordinator for the Latin American Colloquium.

If you’ve never watched The Wire, José Luis will spend the next hour telling you how good it is.