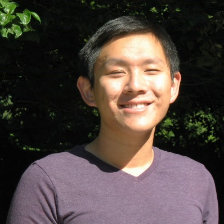 I am an affiliate with the Elections Research Center. I am also project assistant to the Project DATA research group.