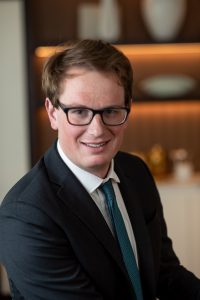 Nate Gilmore received his Ph.D. in political theory and minor in international relations from the University of Toronto. Nate studies extremism and moderation in the works of ancient and early modern historians and the comparative study of law. His first book project, Montesquieu and the Spirit of Rome, unites his interests and describes how Montesquieu, the finest historian of his age, understood and responded to the legacies of ancient Rome. Nate has published articles in the American Political Science Review, the Journal of the History of Ideas, and the Wiley-Blackwell Companion to the Political Culture of the Roman Republic.