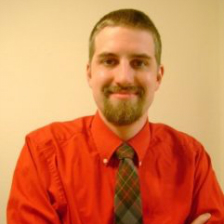 Douglas Walker became the postdoctoral fellow at the Center for the Study of Liberal Democracy after completing a Ph.D in Political Science from Michigan State University. His interests lie at the intersection of political theory and public law, particularly the question of how liberal states structure their constitutions to protect liberty and individual rights. He is currently writing a book defending a theory of “contestational federalism,” which seeks to revive a Madisonian view of federalism and explores its implications for the American federal system. He has also published an article on federalism and the Second Amendment in American Journal of Legal History. A complementary focus for Douglas is the relationship of religion and politics in liberal democracies, particularly the accommodation of religious minorities and the relationship between religion and morality. He is currently working on two articles in this area: one critiquing Tocqueville’s views on religion and politics, and another on Rousseau’s civil religion.