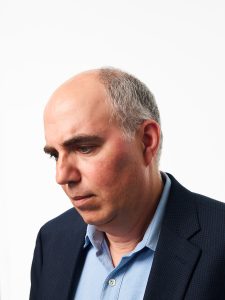 Joshua Foa Dienstag is a Professor of Political Science.  His research focuses on the intersection of politics with time, history, memory and narrative with an emphasis on European political theory between the 17th and 19th centuries; but he also writes about cinema, the American Founding, and the methods of political theory.  Originally from New York City,  he received his doctorate from Princeton University (1993) and was a professor at the University of Virginia and Shapiro Family Chair Professor at UCLA, before joining the University of Wisconsin, Madison in 2022.

Professor Dienstag is the author of four books including Pessimism: Philosophy, Ethic, Spirt (Princeton University Press, 2006) which won the book award for Excellence in Philosophy from the American Association of Publishers and, most recently, Cinema Pessimism: A Political Theory of Representation and Reciprocity (Oxford University Press, 2020). His articles have appeared in American Political Science Review, Polity, Political Theory, Journal of Politics, History & Memory and New Literary History among other places. He has held fellowships from the American Council of Learned Societies, the Center for Advanced Study in the Behavioral Sciences at Stanford, and the Center on Constitutional Government at Harvard University. He is currently co-Editor of the journal Political Theory.