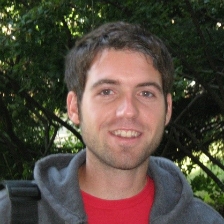 Daniel is a third-year Ph.D. student interested in federal courts, constitutional and administrative law, judicial behavior, and inter-branch policymaking.  After starting the Ph.D. program in 2008, he took some time off to earn a J.D. from the University of Michigan Law School, where he was a member of the Michigan Law Review and served as the Editor-in-Chief for the inaugural volume of the Michigan Journal of Environmental & Administrative Law.

Daniel has published works in the Journal of Public Administration Research & Theory, the Michigan Law Review, and the Journal of Law and Politics.  He has a forthcoming work (with Prof. Owens and others) in the University of Illinois Law Review.

His current research projects include studies of interest groups and administrative litigation, the political dynamics driving federal courts’ deployment of substantive canons of statutory construction, normative and democratic justifications of bureaucracy and administrative law, and the Roberts Court’s separation of powers jurisprudence.

Starting in August 2013, Daniel will be the Regulation Fellow at the University of Pennsylvania Law School.