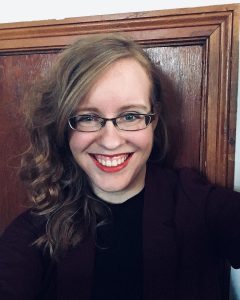 Anna Meier (she/her/hers) is a Ph.D. candidate in political science at the University of Wisconsin–Madison. She specializes in critical terrorism studies, with a particular interest in how governments construct and label violent actors. Her dissertation research, using elite interviews with bureaucrats and policymakers in Germany and the U.S., develops a theory linking usage of the “terrorist” label to how government actors think about and reproduce power relationships between groups in society. Anna also works on issues of definition and measurement surrounding terrorism, the study of emotions in international relations, and text as data.

Anna is the 2019–2020 department TA mentor and a 2019–2021 representative on the American Political Science Association’s Committee on the Status of Graduate Students in the Profession.

The Idea of Terror: A Critical Approach to Consequences of the “Terrorist” Classifier

Meier, Anna A., and Jonathan Renshon. “The Impact of Emotion on War Initiation and Termination.” In The Oxford Handbook of Behavioral Political Science, eds. Alex Mintz and Lesley Terris. Forthcoming.